In Hindu mythology, there are three prominent Worlds, three Goddesses and three Gods. The three gods known as the Hindu trinity are Brahma, Vishnu and Shiva. Lord Brahma creates, Lord Vishnu sustains and Lord Shiva destroys in order to protect the universe and righteousness. These three Gods represent the cyclical nature of our existence from birth, life and destruction to subsequent regeneration. These three Gods combine to form the supreme cosmic spirit also called Brahman or universe. Hence they are also called the Trimurthis or the Trinity of Hinduism.

They are assisted in their duties, by their consorts, or associated goddesses namely, Saraswathi, Lakshmi and Parvathi respectively. The are equally worshiped for their divine powers. Goddesses in Hindu mythology are the divine portrayal of the universe and they are correlative to their male partners. Both the manly and the female gods complete the holiness of the universe.

Apart from these main Gods and Goddesses that form the part of the trinity, their Sons Ganesha, Karthikeya or Murugan and Lord Aiyappan are equally worshiped and revered. The epics featuring the reincarnations of Vishnu are Gods themselves such as Sri Rama, Sri Krishna, Lord Narasimha etc. Then there are consorts of the Avatars or incarnations who also are Hindu goddesses such as Devi Sita, Devi Radha etc. The epics in turn have Gods such as Lakshmana, Lord Hanuman etc. Kamadhenu is the mother of all cows and the goddess of plenty who is capable of fulfilling the deepest wishes of her devotees. Tulsi is the goddess worshiped and revered in the form of a basil plant.

Matrikas are the mothers are forms of Goddesss Parvati and they are depicted as a group. Collectively they are Brahmani, Vaishnavi, Maheshvari, Indrani, Kaumari, Varahi and Chamundi or Narasimhi. 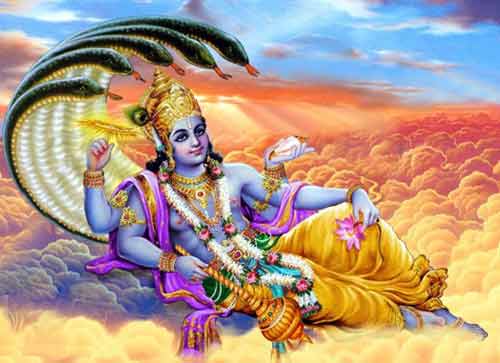 Vishnu is one of the fundamental deities of Hindu mythology. He is the preserver god of Hindu trinity and protects the universe from being destroyed and keeps it going. Vishnu has come to earth in nine forms called the avatars to protect the world, the last Kalki avatar is yet to come. 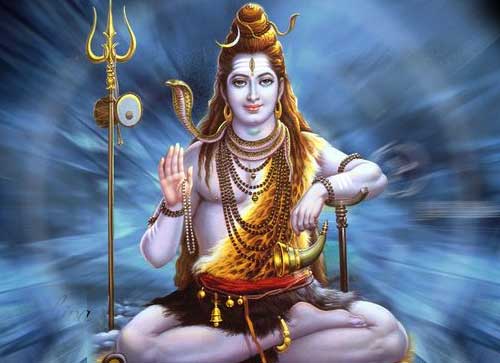 Lord Shiva is known as the god of mercy and compassion. He protects the devotees from worldly evils such as lust, greed, and anger. He grants boons, bestows grace and awakens wisdom. While Vishnu is the preserver, Shiva is the ultimate destroyer. He destroy all the worlds at the end of creation and dissolves them.

Lord Sri Krishna is the most broadly worshiped and one of the most prominent Hindu god. He is the eighth manifestation or avatar of the Hindu god Vishnu. Lord Krishna's teachings are delivered in the Bhagavad Gita which is one of of the epics of Hinduism. 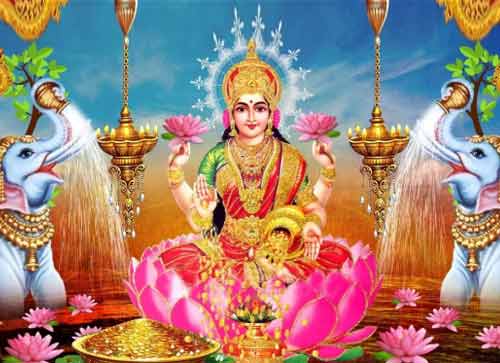 Goddess Lakshmi is the consort of the god Vishnu. She is one of the most popular goddesses of Hindu mythology and is known as the goddess of wealth, beauty and purity. She is invoked everyday for a happy and prosperous life. 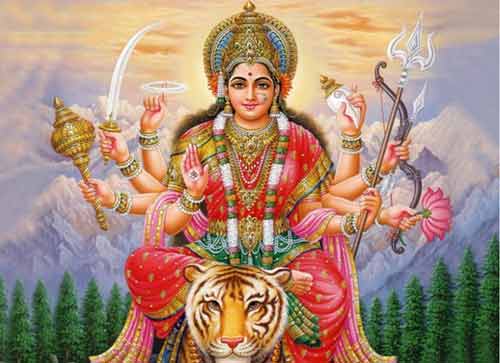 In Hinduism, the goddess Durga, also known as Shakti or Devi, is the protective mother of the universe. She is one of the faith's most popular deities, a protector of all that is good and harmonious in the world. Sitting astride a lion or tiger, Goddess Durga battles the forces of evil in the world and protects her devotees. She is the consort of Lord Shiva. 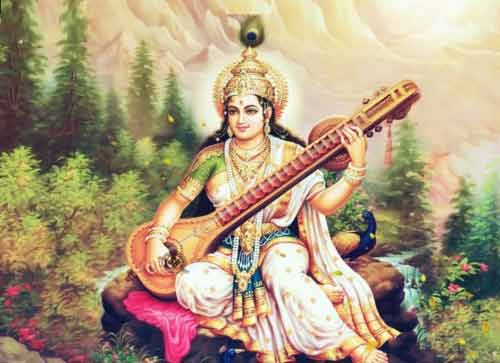 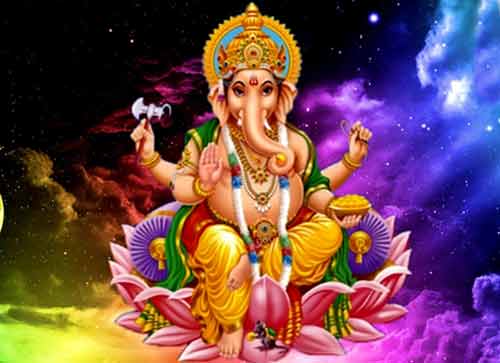 Lord Ganesha, the elephant-headed Hindu god of beginnings is traditionally worshiped and invoked before any major events. He is known as the remover of obstacles. Ganesha is regarded as the child of both Lord Shiva and Goddess Parvati. Lord Ganesha is one of the most worshiped Hindu gods.

Lord Aiyappa is the son of Vishnu and Shiva. To save the world from annihilation, Lord Vishnu incarnated as Mohini, and married Shiva, and thus Lord Ayyappa was born. For this reason, Lord Aiyappa is known as “Harihara Putra” ( Son of Vishnu (Hari) and Shiva (Hara).

Lord Murugan or Kartikeya is the son of Lord Shiva and Goddess Parvati. He is the brother of Lord Ganesha. Lord Murugan manifested for the sole purpose of killing Tarakasura. He is also called ‘Deva Senapati’ and ‘Yuddharanga’. Thus he is the god of war and General of the army of the gods. 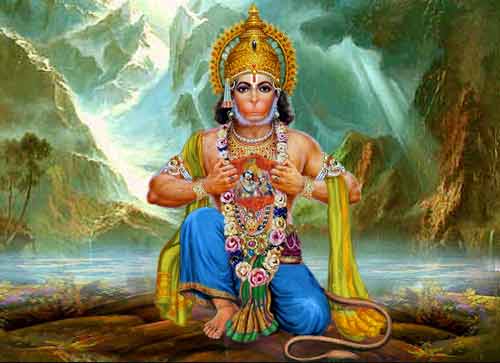 Lord Hanuman is likely one of the most celebrated and respected figures in the Hindu Mythology. He is worshiped by many who wish to gain strength and courage in their lives. He is an incarnation of Lord Shiva and the son of the wind god Vayu.

Lord Vishnu manifested himself as Lord Venkateswara or Balaji in order to guide the people of Kali age towards moksha or emancipation. Thus Lord Balaji is known as Kaliyuga Pratyaksha Daivam or the manifested lord of the Kali age which is the present age. 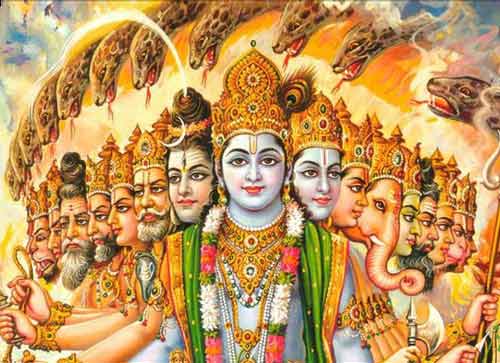 Hindu religious philosophy are stories found in Hindu scriptures, for example, the Vedic literature, legends like Mahabharata and Ramayana, the Puranas, the territorial literary works like Thirukural etc. In Vedic literature, Gods and Goddesses represent the forces of nature and some represent moral values (such as the Adityas, Varuna, and Mitra), each symbolizing the epitome of a specialized knowledge, creative energy, exalted and magical powers called Siddhis. 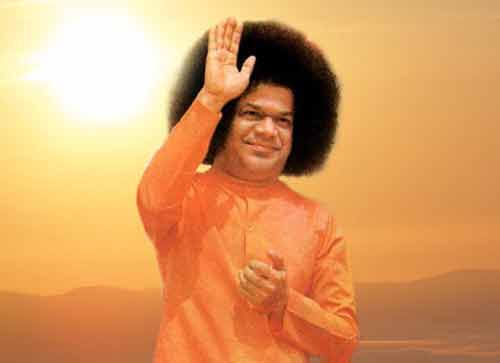 Sai Baba, popularly known as Shri Satya Sai Baba of Puttaparthi was a saint, who believed that all faiths lead to one God. He is believed to be a reincarnation of Shirdi Sai Baba.

Mata Amritanandamayī Devī, better referred to just as Amma ("Mother"), is an Indian Hindu Indian Hindu spiritual leader, guru and humanitarian. She is adored as an embracing saint by her disciples.